We would like to offer our sincere support to anyone coping with grief. Enter your email below for our complimentary daily grief messages. Messages run for up to one year and you can stop at any time. Your email will not be used for any other purpose.

Share a memory
Obituary & Services
Tribute Wall
Read more about the life story of Sharon and share your memory.

Mrs. Sharon T. Creason of Summersville, Kentucky, daughter of the late Dave and Catherine Martineau Doner, was born on April 16, 1940. She departed this life on November 10, 2022 having attained the age 82 years, six months and 25 days.
Mrs. Creason was of the Catholic faith. She was the first woman to be a Senior Fab Tech at Brown and Williams Tobacco Company in Louisville.
She was preceded in death by her husband, Jessie Creason, Sr., on July 5, 1999, having united in marriage on November 7, 1956.
Survivors include three daughters: Judy Lynn Creason, Yevonne “Porky” Creason and Janet Milby and husband Mitchell all of Green County; one son: Jessie Creason, Jr. and wife Tammie of Campbellsville; nine grandchildren, 12 great-grandchildren and eight great-great grandchildren; siblings: Sally Doner of Louisville, Mary Oulette of Vermont, Louise Sorrell of Florida, Peter Doner of Alabama and Carl Doner of New York; plus a host of other relatives and friends.
Besides her husband, she was also preceded in death by one daugther: Starline Milby on August 8, 2020 and one granddaughter: Mistey Jackson.
All services for Mrs. Sharon Creason will be conducted privately with burial in the Aetna Grove Cemetery.
Gupton-Landrum Funeral Home in Greensburg is in charge of the arrangements.

To send flowers to the family or plant a tree in memory of Sharon T. Creason, please visit our floral store. 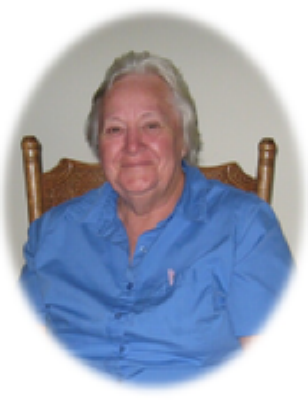 In Loving Memory Of

Look inside to read what others
have shared
Family and friends are coming together online to create a special keepsake. Every memory left on the online obituary will be automatically included in the book.

In Loving Memory Of

Look inside to read what others have shared

Family and friends are coming together online to create a special keepsake. Every memory left on the online obituary will be automatically included in the book.

You can still show your support by sending flowers directly to the family, or by planting a memorial tree in the memory of Sharon T. Creason
SHARE OBITUARY
© 2023 Gupton-Landrum Funeral Home. All Rights Reserved. Funeral Home website by CFS & TA | Terms of Use | Privacy Policy | Accessibility